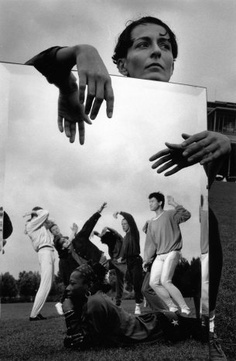 I’m not fine…how are you?
Imagine being able to go into work, sit down with family members, or even respond to a stranger’s query with an honest response on one of your more unhappy days. And imagine what it would be like to receive, instead of a perplexed grimace—you know what I’m talking about, the I-want-to-be-polite-but-I-really-DON’T-want-to-be-here look—being met with compassion, maybe even a “that sucks, what’s going on?” Maybe you already have that, maybe you even live in a family, or a neighborhood or work community where that’s the deal. Hallelujah! You are truly fortunate. And you are rare.
Most of us live in a world of caution, particularly when it comes to depression, anxiety, or impulsive emotions like rage. A world where we are ashamed to admit our distress, and avoid those whose disturbance is apparent. Where families conspire to keep their son’s “failures” secret, or the community fails to respond to the families’ cries for help. Years ago, I was working with a wonderful young man, around the time Andrea Yates, in the midst of postpartum psychosis, drowned her five children. After he was released from the hospital for his depression (not in the least psychotic, and responding well to treatment), he returned to work, sharing his condition in the belief that the alternative grocery store at which he worked would embrace him. It, and his coworkers, did not, and eventually he had to leave.
Communities, real communities, save lives. Disclaimer here: I’m a social worker. I believe with all my heart and soul that the environment we live in profoundly affects our wellbeing. Years ago, I cut my teeth on the Child Assault Prevention Program in Durango. We went into the elementary, and eventually the middle, high, and preschools, with age-appropriate (there’s that damn word again!) curriculae supporting a child’s ability to assess potentially dangerous situations and take steps to avoid them. If those abusive situations had already happened, or were unavoidable, it also supported their ability to persist in accessing the support of the community until they found safety and healing. Out of this arose other responses by the community relevant to crises impacting the children, and more than a few success stories of children who were able to ward off attackers and to find parents and teachers who could listen and act upon their reports of abuse that had already occurred. Along the way, unexpected benefits arose, as members within the community were at last empowered to reveal the abuse that they’d hidden in shame for years. Coincidentally, the nation began a much more public discussion on child abuse at about the same time. Real communities allow, invite, act upon the unhappiness of its members, and in so doing, alleviates them.
There’s a therapist in Boulder who takes folks to a little town in Brazil, in support of a lesson in the power of community. In this town, despite its poverty and the losses and fears that all of us face, there is an amazing lack of what we would call “mental illness.” They gather informally and shamelessly complain, expecting and receiving embrace. Over and over again, they give and receive the message that depression, anxiety, and all the emotions we too often call “negative” are simply at times part of the human experience.
I love what I do, but I’m willing to take up storytelling again if it means that community has woken up to its power, making my job obsolete. While we may not be able to move to a small town in Brazil, each of us can start right now to refuse to be ashamed any more. If your friends can’t hear from you that you’re not doing terrific today, get new friends. If someone tells you they’re doing well, but your spidey sense says they’re not, challenge them with compassion, and be willing to listen.