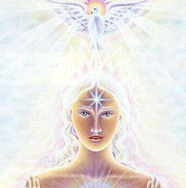 Soma: The Power of Treating the Body. Ecotone #2

Ever since I was a kid, I’ve fallen in love with words.  It’s something I’ve had to get over, in both my practices as a massage therapist and psychotherapist, in order to listen to the more telling subtext of expressions—a breath, a yawn, a shudder—leading to the meat of revelation and release.  “Ecotone,” however, seems to capture the essence of this strange and increasingly populated land that exists between body mechanics and mental restructuring:  the Wikipedia definition goes on to describe that while, in some instances, the ecotone shows up as a “sharp boundary,” that it’s “(e)lsewhere, a more gradually blended interface area…, where species from each community will be found together as well as unique local species (italics mine).”

Becoming a “unique local species” wasn’t what I intended when I got my masters in social work.  I had gotten a massage license prior to matriculation for the most venal of reasons, good money and flexible hours allowing me to attend classes freely.  After I graduated, I couldn’t leave massage behind.  One of the greatest costs of trauma is the loss of the ability to connect deeply with others, leaving the wounded feeling alone in the midst of life’s banquet. Somehow, when I touched my clients gently and kindly, that gap was bridged; when they could articulate their experience, the paths of communication necessary for healthy relationships emerged.

Fortunately, others populate this land.  Karen Hutchins has been a mentor of mine, among many, for a while now.  With decades of experience belied by a full head of red hair and a husky voice that tilts girlishly when pleased, she carries no hint of the heaviness that she witnesses, and which her clients, attempting to heal from trauma, experience on a daily basis.  Her work with them is infused with Shamanic techniques (specific energy work) in which awareness of and attention to the body are necessary parts.  To that end, she shares firm guidelines which allow her work with clients the clarity and safety that such work demands:  tell your client ahead of time that this is how you practice, always ask permission to touch at the time touch would appear useful in the process, know what temperaments will not respond well to touch, and know when the scales have tilted in the direction of bodywork.

Others are not so confident.  Another nontraditional colleague who inspired me early on to use touch in therapy, and who has long represented for me the quintessential big-hearted Texas woman–broad accent, big hugs and all–surprises me, telling me she finds herself not making as much physical contact with clients as she used to.  She smiles ruefully when I explore the fear so many of us hold, of being sued or losing our licenses, and while she acknowledges it, it doesn’t resonate with her as the primary reason.  At first, she can’t identify what it is.  Then light dawns:  “sometimes, when I reach out to comfort a client, it’s as if he stops feeling his pain, and starts worrying about mine.”  Though many parents reach out to comfort, some do so paradoxically out of their own discomfort, to sooth but also to silence.

That’s a paradox I’ve witnessed elsewhere; that touch not given at the right time, or with the right intent—to support the fullness and completion of the energetic expression—can actually stop the feeling process, can pull the client out of tracking their internal awareness and become sensitive, instead, to me.  There is a time and a place to utilize touch in therapy, and then, there is a time and a place to refer to a bodyworker.  In a sense, it comes back to languaging; the language of the left-brained, analytical self as opposed to that of the right, of pictures and feelings.  My Texan does make an exception in her general reticence around touch when she helps facilitate workshops which induce long trance states among the participants.  She finds that, in this altered awareness, the participants are open to touch to support and deepen their experience, often moving that which was held stagnant for years.  Hutchins refers to bodyworkers when it becomes evident clients are somatizing their distress or that body memories are emerging—that the client’s system is communicating its distress primarily kinesthetically and needs to be responded to using that same physical language.  On my own website, I have a quiz that helps potential clients distinguish which modality better suites them.

Just who are these linguists who go far beyond the mere mechanics of touch?  The bodyworkers who are willing to reach other realms of the human system, the emotional and energetic, for a more comprehensive healing experience?  I’ll explore some of these pioneers next time.  I also want to hear from you.  Together, we’re all mapping this ecotone.