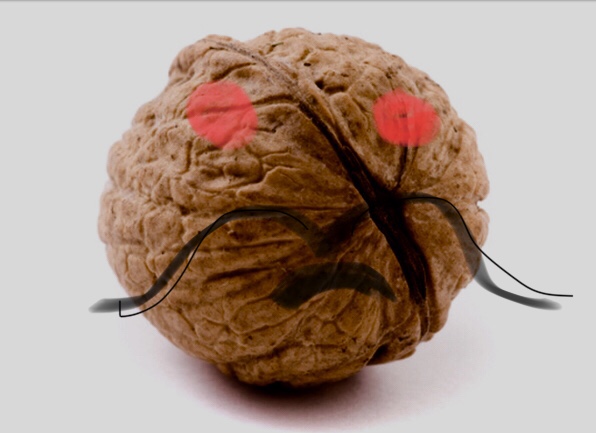 This is a chant I have yet to hear in any Pride or protest parade, but I can only hope.

See, I think the discussion about what to do with crazy, usually young, apparently always males who go on semi-automatic killing sprees has gotten way off-topic. Some are suggesting that a history of diagnosed mental illness should be a prohibitive factor. Yeah, like my clients with Complex PTSD are a danger to anyone but themselves. And like somehow its SANE to argue that your right to shoot off rounds with your prized armament trumps the right of children to feel safe in schools.

I get it. This urge to foist blame on someone else, to seek a simple solution, to be an activist only when it’s fun (like marching in a parade/protest).  None of these are going to solve the problem.

People, we’ve got a mental health crisis in this country. You can’t throw medication at an angry, disenfranchised young man and hope his pain is just going to go away, which is apparently what’s happening with some of the shooters. Medication without regular psychotherapy, both individual and in the cases of minors, family therapy as well is a huge no-no in the conventional (read: this is what we’ve figured out after years and years of successful and unsuccessful treatment of children and young adults) wisdom of the psychotherapeutic community. Treatment of the micro (individual) and mezzo (family and immediate community) without addressing the larger (macro) environmental issues that make emotional exploration “unmanly”, and social intelligence a “girl’s thing” are going to provide only partial results.

The biggest macro change, however, needs to be bringing seemingly unmanageable pain out of the closet. For years, I worked at Meridell Achievement Center, for the treatment of children and adolescents. The older boys were mostly in for oppositional defiant and conduct disorder, the latter being a precursor to anti-social personality disorder (read: criminal). Many had brain anomalies, either through physical trauma or congenitally, that made them much more likely to rage uncontrollably. We did good work with them, medication yes, but also individual, group and family therapy, trained counselors living with them in cozy little houses, specially trained teachers, psychiatrists who did much more than dispense drugs. And it cost! Upwards, nowadays, of about $10K a week. And insurance rarely covered the costs sufficiently.

How many families resist taking this ultimate step, even if they perceive a problem, due to the public shaming of a child in residential care? How many young men willingly go into treatment? They’re often driven by a sense of not belonging anyway; this is the nail in the coffin. Our refusal to bring mental illness itself into the light of day, de-shaming it and thereby allowing those currently struggling with depression and anxiety to feel much more open to admitting their need for help, only sets us up for more shocking surprises, from Columbine to Parkland. We suffer from morbusanimiphobia!

No, I’m not oversimplifying. This is only part of the answer. But think about it. What if we made it cool, not embarrassing, to be crazy, and get help if that crazy was leading to miserable, in the same way many of our young now think it’s cool to be gender-fluid?

The prejudice is real. Years ago, I was treating a lovely young man with suicidal tendencies as an in-patient in a psychiatric unit. He was admitted for severe depression (you could have guessed that, right?), and responded quite well to a combination of the right medication, tricky in itself, along with group and individual therapies, and play therapy as well (aka, “recreation”). Ah, the good old days…side note: the program was discontinued, as it didn’t make enough of a profit for the hospital, and was subsequently replaced by a bare-bones warehousing program.  When he went back to work at a progressive grocery store, he was shunned by co-workers who were afraid he would become the next Andrea Yates (the woman who in a psychotic fugue drowned her children). I remember being shocked at the level of this ignorance, especially from people who claimed to be progressive and therefore, I believed, to strive to inform themselves. Silly me.

If you’re scared of nuts, or morbusanimiphobic, get informed. There’s a host of good literature out there, including where violence and mental illness meet, as well as where they’re mutually exclusive.

If you really want to help, do something. And not backing away from an angry young man who feels himself ostracized is a great start.

2 thoughts on “Here’s an Idea for Curbing Gun Violence: Stop the Nut-Shaming”