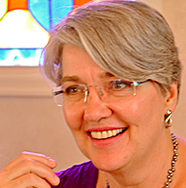 On the northeast corner of my practice room hangs an old photograph of a mother and infant, the eyes of both locked blissfully on one another. In its presence for the last nine years, mature adults have looked up at me with childlike openness. Having received bodywork, I’ve also experienced this strange vulnerable bliss, and I wonder what must this be like to someone with little to no previous experience of trusting touch?

It would take the majority of a century for science to understand the inestimable importance of this exchange. At such moments, among a myriad of other biological responses, both baby and mother are flooded with a hormone called oxytocin, the hormone of bonding. And the brain begins developing a neural net of healthy attachment, without which we cannot survive.

A colleague echoes this awareness. Shelly Baldwin, like many licensed massage therapists, is voracious about how best to care for her clients. Shelly started out years ago, focusing on the physical, which suited her early athleticism. You can still see it in her sturdy frame, her grounded presence echoed in the stones she often uses to support her clients’ healing. Midway through her first year, however, she became aware of the emotional component and the part it played in the recurring issues of her regular clients. Like any good healer, she took it personally, realizing it resonated with her own experiences, and pursued a line of questioning which brought her a number of teachers. Her clients benefited; one client had recurring pain in back between the shoulder blades, which proved resistant to treatment. Shelly suggested that this area, the heart chakra, was known as the area of love and of grief. The client considered this and realized that the grief may be related to the death of a family member. Over the next few sessions, the client and Shelly both focused on this, and the client was able to find significant relief, not only from the initial back pain, but from the grief itself.

Massage therapists have their own boundaries to maintain. Lauterstein-Conway, which provides three semesters of massage training, recognizes the dangers inherent in therapists “blending” with their clients, and veers its first semester students away from any but general support. My discussion with the massage licensure board resulted in a clear statement from a representative that the license is ONLY for “soft tissue manipulation,” brooking no vagaries extending towards more psychotherapeutic support. She did, however, mention that occasionally inquiries are made from the general public concerning claims using interventions that may be beyond the scope of licensure. Shelly, upon suspecting that what she’s seeing is significant disturbance, encourages psychotherapy. She neither diagnoses nor opines about the proper medication; her spoken word does not go beyond being supportive, safe and caring, as well as the sharing of anecdotal personal experience.

The draw to care through touch, for many of us, is a strong one. A colleague of mine was a successful counselor for many years, after earning his Masters in Social Work. The last tendrils of that existence floated away this past year as he ceased promoting his life coaching services to focus completely on his massage practice, a relatively new venture for him. When I questioned him on his satisfaction with that decision, he pondered that his practice now has a freedom not found in his clinical work. In psychotherapy, there is an inherent power differential, as the client defers to the therapist’s supposedly greater wisdom and judgment; between bodyworker and client, however, a mutuality exists, and with it, an openness untriggered by the presence of authority figures. My friend reminds me that the most effective route is often an indirect one; that the same client that cried on your table last week is sighing with purely physical relief today. I wondered, in the wake of talking with him, whether he knows things about his clients that their psychotherapists, if they have them, have not yet a clue.

Not all massage therapists respect the boundaries; furthermore, several modalities are available which prepare massage therapists to engage more actively in addressing significant distress, as they foray into the wilds of the Ecotone. For now, they can both breathe a sigh of relief. At least since 2003, there have been no calls to the Board complaining about LMTs exceeding their scope of practice to include psychotherapeutic services. In the world of bodyworkers, less is perhaps more. Karen Nunley, an acupuncturist, puts it best: “I am continuously amazed at what happens when we get out of the way and simply hold the intention of a healing being in the highest good of the client.” When I ask the former counselor if he’s tempted to tap into his cache of counseling tools, he says he’s not, and I believe him. There’s a profound value to the connection both Shelly and he can establish, without words, to the clients on their tables, who experience, perhaps for the first time, acceptance of their blissful vulnerability.