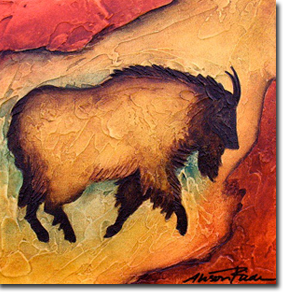 The Venerable Dalai Lama, in discussing ethics for the new millennium, welcomes conflict. Given respect and compassion, he recognizes and encourages its power to generate synthesis, the formation of new and better ideas. Given that I’ve always enjoyed a good fight, I take his words hopefully.

Almost a year has gone by since I began my quest. I started with a metaphorical land, named after a natural phenomenon, the ecotone, a “transitional area between two adjacent ecological communities.” The inspiration was Colorado, where the wealthier suburbs of Denver were branching into the hills, disturbing the territory of pumas; a few unfortunate joggers found their health severely impaired in that intersection of ecologies. In this past year, my intent was to explore the intersection of two formerly very different “lands,” that of psychology and bodywork, which are now finding each other, and to start a dialogue around minimizing the damage and maximizing the benefit not only to the client, but to each other. I also wanted to address my own fears around combining the two.

I’ve found along the way that I do not wish to work alone. This past year’s exploration has strengthened my commitment to network with others, to tap into their support and expand my own view of what can heal each unique client. Eventually my clients make a visit to the supplement store, acquire an acupuncturist, attend a group, find a volunteer activity, etc., the new caregivers and I conferring to develop a more complete program for this person’s healing. As it turns out, I wasn’t the only one benefiting from the exploration. One colleague who, after we talked, became more engaged in supportive physical contact with her clients, recently went to a training given by one of the leading voices in psychotherapy today, Dr. Bessel van der Kolk. A leading proponent of somatic work with trauma victims, he asked the auditorium full of psychotherapists claiming to do trauma work which of them utilizes touch in their therapies–only she raised her hand. Another therapist who I described in a previous article as leaving touch behind as an intervention now studies Somato experiencing with me. My good friend Shelly, the massage therapist, increasingly trusts her own energy work. “The more comfortable I get with being who I am and doing what I do”, the more open she becomes to her own unique healing nature and its expression, the more open her clients become, and the more benefit they receive.

Like everyone who walks through my door, I’m a person of many parts, different qualities that vie for my internal attention: the judge, the pleaser, the slacker. Also the bodyworker, who lives in the land of sensation and intuition, trusting words little, and, sometimes versus, the psychotherapist, who makes meaning, who questions and challenges, and draws maps of each client’s unique inner world. They face each other (down) in my office, in ways special to each client’s needs. Increasingly, this past year, my clients and I have danced in the lively and sometimes uneasy synthesis, experiencing some amazing results. Each client’s own system brilliantly finds its own ways of healing, just as the scarred and burnt-out hills of one year’ forest fires give way to new growth. With practice, I’m finding myself more often bringing bodywork, in its many forms, into psychotherapy; the part of me holding reason and words inviting clients to the table, gently making way for the sensate other to ferret out the hidden gems within each seeker of health. Not only my training, but my own increasing wellbeing as I, too, become more embodied and integrated, comes into play as I increasingly trust my own choices and those of my newly-found tribe.

Many of you know the story: seven blind sages hear of an elephant and set off to perceive one for themselves. Finding one, each discovers a different aspect; when they converge, they stridently disagree: “It is shaped like a hose.” “No, it is like the side of a rough building.” “You’re both wrong, it’s a column.” None of them is right. They all are. In one recent documentary, on “The New Medicine,” a doctor warns his interns studying the treatment of pain, that if they continue to think of treating the body separate from the mind, then they are completely missing the point. Even as this ecotone expands, its boundaries become ever more gradual and inclusive, its inhabitants cautiously recognizing each other as members of a new tribe. Each healer heals in a unique way, fashioned out of who we are and how we perceive; to best serve each client, we must rely on a synthesis of approaches, and a newly emerging ethic. One excellent source is www.drzur.com/ethicsoftouch.html.

Another fictional sage, Auntie Mame, said, “life is a banquet and most poor fools are starving to death!” The question is, do we have the courage to belly up to the table, face each other, and taste from more than our own plate?