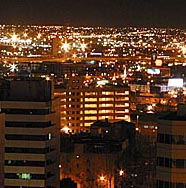 Every time a new client walks into my office, I am aware of the tremendous courage it took for many of them to overcome the shame of needing to ask for help with their distress. I value the work I do, and cherish the portion of the path I get to share with my clients as they find their way toward a more meaningful relationship with the world.

It is this interface, I believe, between self and the world that increasingly requires the assistance of a supportive other, now more that ever. A century and a half ago, the vast majority of us in this country were living in small towns and rural communities. Several dozen watchful eyes were present to note, and possibly restrict, an early descent into alcoholism or laudanum dependence. Technology of the day hadn’t yet provided us with quicker highs, like methamphetamines, or their munitions counterparts, semi-automatics and explosive devices. Overtly, smaller communities supported a cohesive world view to which most of us could at least superficially adhere, with less enrichment, yes, but also less internal conflict. Roles of men, women, and children, divided also by race, religion, and nationality, and ignoring both sexual orientation and gender identity as obvious perversions, were firmly set, saving many from the discomfort of choice, or the consequences of poor choices.

Ironically, much of that social ignorance engendered conditions which would later accelerate the need for my kind: the “rule of thumb” referred to the maximum diameter of a stick with which a man could beat his wife, and the first child abuse cases needed to be tried, in the late nineteenth century, with laws originally designed for the protection of animals. Even the support of a large family was gradually replaced with what we now call the “nuclear” family; in an increasingly urban society, the primary caregiver was often left alone to care for numerous offspring, with exhausting results.

At this point, our choices are facilitated by widely available means. The internet, as an example, provides us with online shopping and information, including online predators and useful how-to’s on the construction of those explosive devices. In short, we can get into as much trouble as we want. It is only our inner strengths that we can count on to contain our impulses, explore them clearly, and pursue the most viable of them through socially supportive means.

Yet, it is both the best and the worst of times. Not only in this country, but around the world in an increasingly global society, people have the opportunity, and are taking the invitation, to contribute creatively. Given adequate strengths, and the confidence in internal choice-making, individuals and the groups they form can and are making a difference in existing structures, and introducing new ones. Frankly, when a new client walks into my office, despite his or her belief that this may be a confession of failure, I see instead a potential revolutionary. The anxiety of choice, the pressure of an accelerated life, even the history of trauma, together with the common sense that “I do not fit,” are wonderful ingredients, in the right hands, for a rich life lived fully, for self and others.