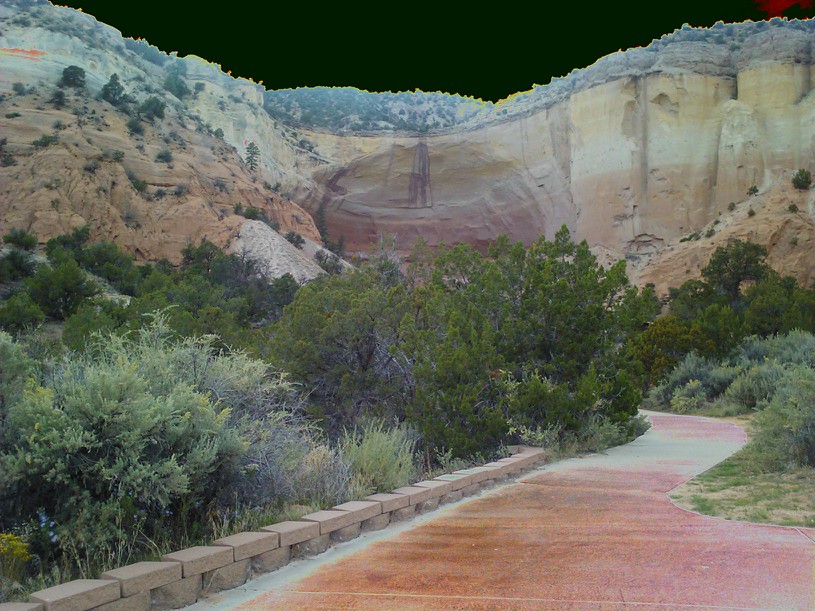 Ritual does not equal religion, but it is like the hint of color in the leaf presaging fall. All that is required is the loss of safety, the contraction into fear, and the organization that follows. At some point in my pretty story, the people lost spiritual touch with the land, and ignored the signs of depleted soil that would, could, no longer sustain. The population, instead, continued to expand, enthralled to a kind of benign arrogance, until at a critical moment, they recognized both the need for drastic change, and the need to rectify the error of their ways.

Ok, I know I’m going wild with the story now…I’m not sure whether it’s the anthropologist or novelist in me that finds this moment so intriguing. The moment when any human individual or group realizes that we are living in error in some way, and we must correct it. We must appease the gods we’ve angered (how else to explain the downturn in our fortunes?).  There is nothing that will fan the flames of religious fervor than the wrath of angry gods. At this point, they did something quite different: they build structures, such as the Sun Temple, specifically to perform some ritual function we still don’t understand. Certainly the lookout towers that also began to appear, the diminished number of kivas that showed up in some of the cliff dwellings, suggest a descent from communal trust to fear.

When we separate our mundane existence from where we practice whatever our spirituality has become, when trust turns to fear, and humility to arrogance…and finally, when we experience divine forces as hostile, controlling us, to be appeased, and that we must in turn control others, and either destroy or serve them up as sacrifice…well, that sounds more than a little like the worst kind of religion. And of course, in my story and in history, the gods were not appeased.  The drought continued, and by the end of the 13th century, the Anasazi were gone.

Yet I do believe that religion can in fact be spirituality’s servant, and that its practices can inspire the behaviors that encourage courage, as well as a selfless love. I think human sacrifice is a great idea. But as the later religions figured out, it must be the sacrifice of one’s own self, the holding up of one’s own beating heart as an offering, in order to make the changes that allow one to participate as his or her highest level as inspiration to others, as a recipient of their gifts.

Next few weeks:  How some folks have tapped into religion to grow their spirituality